Great Britain likes its motoring. Traditionally a driving nation, the UK has had a long standing history of successful automotive engineering, car manufacturing industry, car racing, etc. and also happens to be home to some of the most desirable car makes in the world. Have you ever wondered which the nation’s favourites were, in terms of sales over the decades? Which car model was the most popular and preferred? If so, then the material below will shed light on the matter, courtesy of the people at Society of Motor Manufacturers who have been kind and patient enough to compile and summarise the data. In order to find out which are the most popular cars in the UK, it makes sense to look at overall sales figures (how many were sold of each car) as this is perhaps the strongest and most precise indicator of a vehicle’s popularity. So here they are! 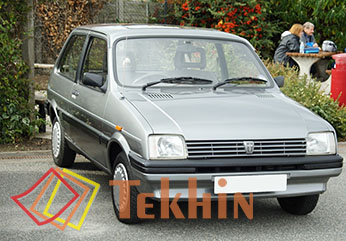 At number 10, we have the Austin/Rover Metro. A compact city car launched in the early 80s, the Metro gained a very respectable position on the popularity ladder with a 1.5 million units sold in the first fifteen or so years of its existence (roughly between 1980 and 1997). The Austin/Rover Metro was originally planned to be a larger replacement of the Mini. However this didn’t really go to plan, as cars like late 70s VW Polo hit the market and basically trashed the competition. Unfortunately, management issues (mismanagement) at Leyland who owned the Rover brand at the time did not help the Metro in terms of gaining ground on its competitors. Although Fiat Uno, Ford Fiesta and Renault 5 were outselling the Metro, it proved itself as one of the most popular and much loved small cars in Great Britain. The Rover Metro topped out just short of 1.5 million units sold for the entire model lifetime. 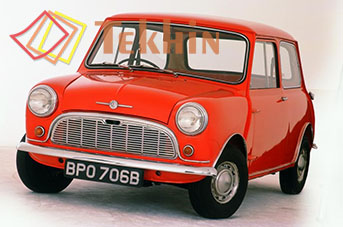 In at number 9, comes the legendary Austin/Rover Mini. Without looking at the BMW engineered Mini released after 2001, the original remains as British icon as they come. The original Austin/Rover Mini is one of those momentous events in car engineering and design that will stay in history forever, like The Beatles or Rolling Stones in rock and roll history. The Mini inspired an entire generation of people, not to mention influenced small car making for decades to come. The vehicle’s iconic status as one of the cars of the twentieth century came in the last year of the last decade when the Mini scooped the Car of the Century Award (awarded by Global Automotive Elections) in 1999, over mighty rivals like VW Beetle and Citroen DS. With nearly 1.6 million units sold, Mini’s legacy is never before or since seen in automotive history.
The number 8 spot is occupied by a relatively fresh face – the Ford Focus. 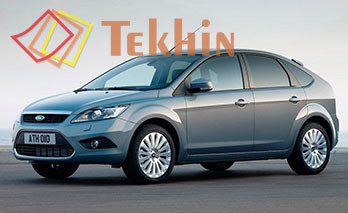 This newish kid on the block only made its debut in late 1998 but has since left a solid footprint in automotive history. The Focus just seemed to have the right package, an all-round performer favoured by parents, younger people, hot hatch fans, basically everyone. The vehicle’s large rallying success also made it highly popular with certain strata of the driving society. In terms of position, the Ford Focus has consistently been in the top five, even top three slots of car sales in the UK since the year two thousand – and that’s something indeed. The 2014 model Focus shot right up to number two in new vehicle sales in Great Britain. Since first popping it out in 1998, Ford has sold just under 1.8 million Focuses, quite a figure for a vehicle of relatively short history.