Continuing the journey down car hall of fame, we are now moving on to number 7 position on the list – the mighty Volkswagen Golf. Although not engineered in Great Britain but in Deutschland, the Gold has been one of Britain’s favourite cars since day one. The Golf became a household name in the UK shortly after its debut in the crazy 1970s, when the industry was looking to innovate and renovate. The Golf was intended as the modern, front wheel drive replacement for the VW Beetle. The Golf became so successful and popular that it is now one of the most heralded cars in automotive history. The Mark I Golf was released in the mid-70s, and people everywhere just fell in love with the thing. It was German, it was nice looking, it was fast, it was sturdy, it was affordable and had a GTI version to it, how good was that! In its forty year history the Golf has established itself as one of the best cars out there, with a 3 or 5 door version (as well as convertibles, and later on station wagon) it is versatile and practical. Besides many other awards and recognitions, the Golf has been voted Best Car in Europe twice, an achievement shared only by Renault Clio. To date, VW have sold nearly 1.9 million units of the Golf. 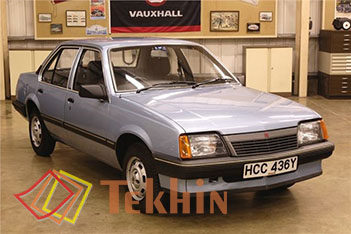 At number 6 there is the ‘Steady Eddy’ of 1980s and early 1990s British car manufacturing – the Vauxhall Cavalier. The sedan was first released in 1981 but saw rather moderate success in terms of sales and popularity. However, the Mark II and III Cavaliers made it big and were an excellent sales performer all the way up to the mid-1990s.  The Cavalier may not have been the most exciting sedan out there in its lifetime, but its consistency in sales always put it right up there with top performers like Ford Escort. The Cavalier sold well over 100k units annually in several of its years. In 1995, Vauxhall was instructed by mother ship Opel to discontinue the Cavalier in favour of the new generation car – the now familiar Vectra. This however turned out to be a bad move (in terms of retrospect) as the Vectra never managed to reach Cavalier in sales figures and popularity. Vectra was retired in 2008 to open up room for the new Insignia model. In nearly two decades of production, the original sedan model Cavalier sold over 1.8 million units. 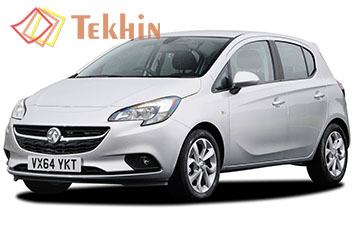 Number 5 slot on the list is reserved for the UK’s second best supermini – the Vauxhall Corsa. With about two decades of history under its belt, this compact car has enjoyed massive success in Continental Europe (sold under Opel badge). For one reason or another, Opel did not release the Corsa in Great Britain until 1993. Since then the car has climbed to, and retained its position in Great Britain as the second popular vehicle in its class. Opel has not released the hatch in North America and doesn’t plan to do so, as competition amongst other parent company-owned models (GM cars) and the Euro Corsa might prove unhealthy for business. Now in its fourth generation (2014) – the Corsa E is still looking strong and poised to keep its high ranking in UK and Euro sales. Since 1981, the Corsa has clocked over 1.8 million sales.

All hale the mighty Ford Cortina at Number 4 on the list! Yes, indeed – the Cortina set the benchmark for Ford vehicles in Great Britain. Before there was the Mondeo or the Sierra, there was the Cortina! In production from 1962 to 1982, the Cortina proved to be one UK’s most loved compact family cars. British people loved the Ford Cortina so much, that it was the highest selling vehicle in its class from 1972 to 1982! Discontinued in the same year – ’82, the Cortina’s landslide success was somewhat inherited by another Ford car. The Cortina although no longer in production, continued to sell as late as the early nineties, when the last of the existing units was sold. The Cortina was the beginning of a long reign of Ford dominance in Great Britain. The car sold nearly 2.6 million units in its lifespan.