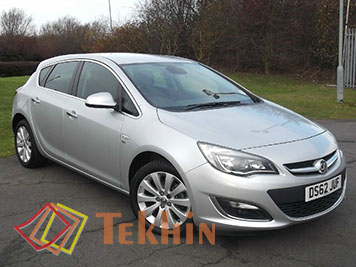 At number 3 on the list of UK auto best sellers is the Vauxhall Astra. A fierce rival of the Escorts and Focuses of the 1980s and 1990s and 2000s the Astra has consistently occupied the number two spot in sales for more than two decades. First launched in Great Britain in 1979, Astra managed to capitalise mostly on its technicality and established itself as one of the most popular and appreciated small sized family cars for the abovementioned three decades. In its thirty year history the Astra became the true ‘nearly man’ of the UK automotive industry, with consistent and solid number two selling figures right after Ford models of the same vehicle class. In twenty ten, the Vauxhall Astra finally succeeded in outselling its Ford class rival, ending Ford’s thirty seven year reign in the segment. However, the overall best seller for that year was yet another Ford model. Due to popularity and consistently respectable sales figures, Vauxhall is about to enter the Astra into its seventh generation. Since its first launch in 1979, the Astra has sold the more than respectable 2.85 million units across the UK. 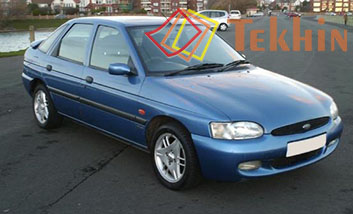 The legendary Ford Escort occupies number 2 spot on the ladder of bestselling passenger cars in Great Britain. The Escort is one of those cars which seemed to have all that people wanted in a vehicle of this class, as well as larger than life rallying legacy. It was precisely the Escort which bumped off its stable-mate the Ford Cortina from the top selling spot in Great Britain. First presented to the public in 1982, the Escort went on to be the top selling vehicle of its class for the next ten years. Although the popularity and sales of Escort dropped slightly in the early 90s because Ford launched the revised Fiesta, the Escort still remained an outstanding performer when it came to sales figures. Perhaps the only reason why Escort lost some of its footing in the 1990s was the changing economic environment, and the fact that people were looking for slightly smaller vehicles (which became known as the superminies) that were more affordable to run. The Ford Escort has been the main event so to speak in Great Britain for about thirty years. The model was finally retired in 2004 as Ford officially gave way to the Focus, which has been entangled in a close battle with the Astra ever since. In its three decades of lifetime, the Escort has sold more than 4.1 million units nationwide. 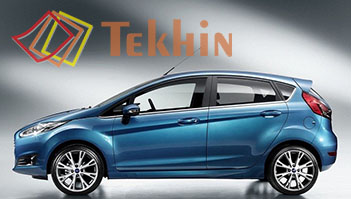 The crazy automotive 1970s saw the creation of Great Britain’s top selling car ever – the small size Ford Fiesta. In 2014 the Fiesta, broke all-time records, and became the highest selling vehicle in Great Britain, even outselling its bigger brother Ford Escort. Since its release in the mid nineteen seventies, Fiesta has been setting the standard in small car manufacturing, and not just in the UK. Ford Fiesta became the most bought car for the first time in 1990. Since then, the vehicle has done the same another 11 times, with the last year being 2014. Like it or not, the Fiesta is yet another sign that Ford has dominated the British car scene for the better part of fifty years, and the trend is expected to continue. Eyes are not turned toward new generation vehicles including hybrid and fully electrical ones. Ford have been looking into the matter quite closely and have engineered a hybrid version of the Fiesta, to compete against various other electric powered rivals. Time will tell whether the supermini, hybrid Ford Fiesta will hold its ground and retain its spot as Great Britain’s favourite small passenger vehicle.