Chicago while being one of the most impressive cities in the USA with its history, architecture, education and countless opportunities is also a great sports town. Yes, you can study it Northwestern and hopefully get a job as a lawyer or a financial consultant but having fun is also a key component to it all. Even if your office is located at the John Hancock Tower you still would probably like to go see game at a stadium or arena. In Chicago you definitely have the opportunity of doing that.

The NFL is by far the most popular league in America. About 80 million people in the USA alone watch the Super Bowl. In order to grasp how big of a number this is we will mention that the Stanley Cup Finals are usually viewed by about 3-4 million people. The Chicago Bears are historically one of the better teams of the National Football League. Their best years took place during the middle of the 80s with their famous defense. This is considered to be the best defensive unit in the history of the game. Led by Mike Singletary the Bears won Super Bowl XX against the New England Patriots and there was never a question. The game ended with a score of 46-10.

The Chicago Bulls are the NBA team which represents Chicago. Needless to say Michael Jordan – undoubtedly the best basketball player to have ever walked the Earth played there and led the team to 6 NBA championships. He decided to retire in 1993 and came back in 1996. Had he stayed they could have won even more rings but we will never know. Jordan has a statue of himself erected in front of the United Centre. Nowadays the Bulls are not a bad team at all. Unfortunately they haven’t had any luck and haven’t won anything since Jordan retired in 1999. 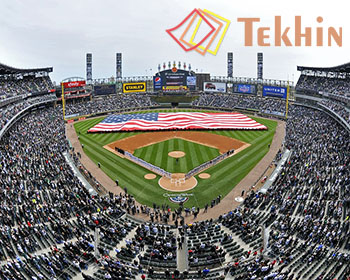 The Chicago Cubs are now the city’s sweethearts as they just won the World Series of baseball. The 2016 champions beat the Cleveland Indians after a thrilling comeback in the play-off series. The Cubs trailed by 3 games to 1 and Cleveland needed just one win to clinch the title. This never happened and after a few miraculous shots the Cubs were crowned as the best team in Baseball (at least for the year of 2016)

The Blackhawks are also a powerhouse but in the 4th most popular sport in the USA – Ice hockey. They won the Stanley Cup in 2013 and 2015. Prior to that they got their hands on the trophy in 2010. Even though Ice hockey is generally losing popularity the Blackhawks have plenty of fans and have no intention of slowing down.

If all of this sounds interesting to you maybe you should get in your car or buy one if you don’t own a vehicle. Look for the best selling cars, make your pick and ride to Chicago for a great sports experience.